The project engages the local population of a coastal region in Myanmar to restore degraded mangrove ecosystems. The aim is to create healthy mangrove forests that take up carbon, protect the population from natural disasters and conserve biodiversity by representing a key habitat for endangered species. At the same time, the project aims at diversifying livelihoods of local communities and increasing their well-​being.

The mangrove ecosystems in the Ayeyarwady Delta in Myanmar have experienced continuous deforestation since the 1980s resulting in a loss of over 80 per cent compared to the original cover. The mangroves have been deforested to make way for shrimp and rice farming, as well as charcoal production and palm oil plantations. This practice is reinforced by the economic necessity of the local population: 60 per cent of the villagers do not have a permanent job and many of them cut down trees in order to earn their livelihoods. However, healthy mangrove ecosystems play a key role in protecting the coastal communities from extreme weather events such as cyclones, increase seafood resources and help mitigate carbon emissions. Without any intervention, mangroves are projected to disappear completely which will further increase the vulnerability of Myanmar's population to natural disasters and will have negative impacts on the local economy.

The community-​based project involves low income families of three communities in coastal areas of Myanmar. In this region, more than 2,100 ha of degraded lands will be restored by planting over nine million mangrove plants. Establishing a sustainably managed mangrove ecosystem will have multiple benefits. Firstly, it sequesters carbon. Secondly, it conserves biodiversity and establishes the first mangrove gene bank in Myanmar with 64 species. Like this, species such as the endangered dugong and sea turtles are protected and the habitat of wild elephants is restored. Thirdly, it decreases the natural disaster risk by protecting local communities for instance from cyclones and tsunamis. Finally, poverty will be reduced through the creation of income generating activities: Among others, small scale fishermen benefit from increased seafood stocks that secure the traditional income source. In addition, education is improved by providing schools with solar panels, computers and training. Local women are empowered by training in natural textile coloring and dress making and support in starting clam cultures. Furthermore the project provides scholarships for studies up to university level to girls from poor families.

The project is implemented in cooperation with Pathein and Myeik University. This ensures high quality scientific guidance as well as a sound implementation of the gene database. The payments for the carbon credits are invested and returned to the communities e.g. in form of support for community enterprises that secure future livelihoods, study scholarships, solar panels for schools and solar lamps for home study.

No poverty
Increased well-being for 4,600 local people with low incomes.

Zero hunger
Food security is supported by protecting the habitat of edible seafood.

Gender equality
Training and jobs to over 100 planters, of which over 70 per cent are women. Scholarships to girls from poor families.

Clean water and sanitation
Freshwater supplies for the dry season are secured.

Industry, innovation and infrastructure
The construction of community flood walls is supported.

Climate action
Stabilized coast reduces the risk of natural hazards such as cyclones.

Life below water
Protection of endangered species such as sea turtles and dugongs. 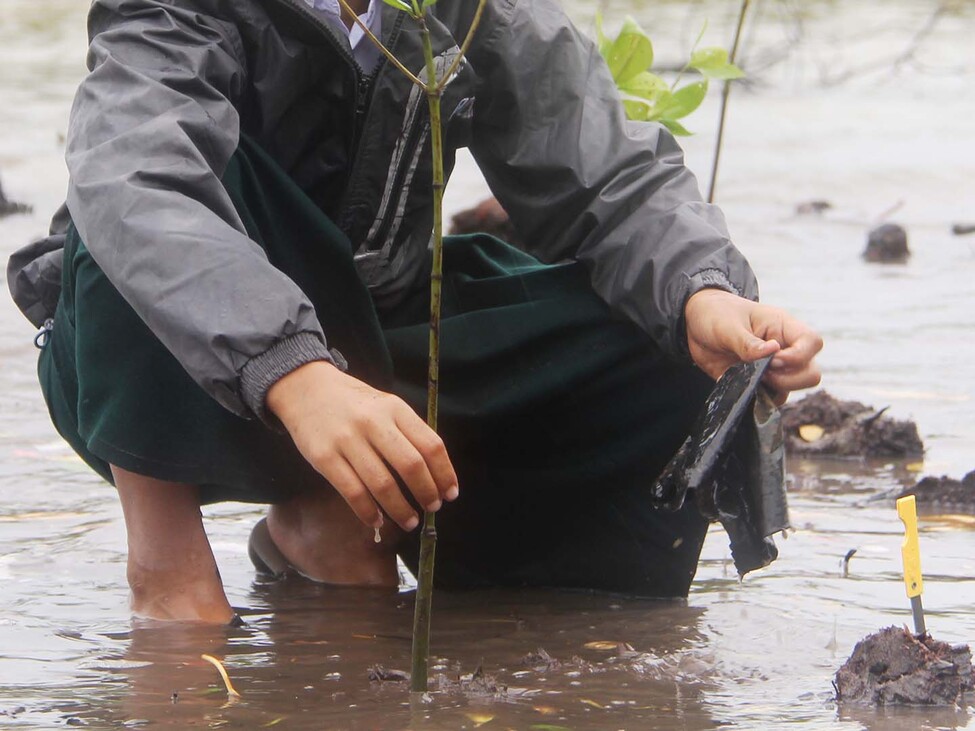 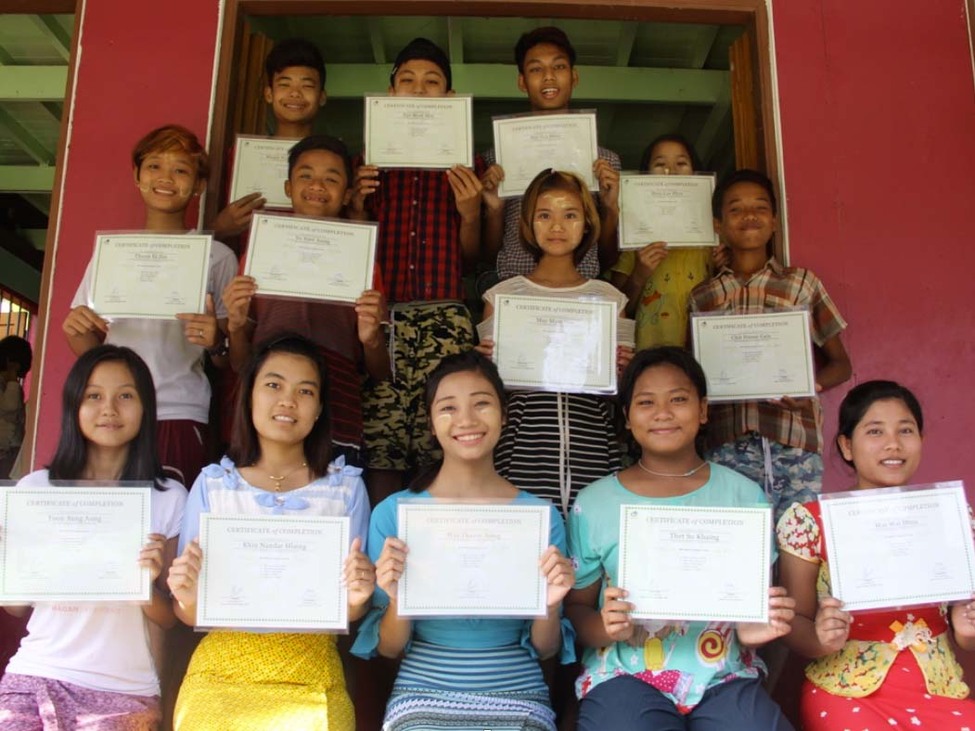 Scholarship for 20 girls: No girls from the area have so far had the opportunity to enter university. © myclimate 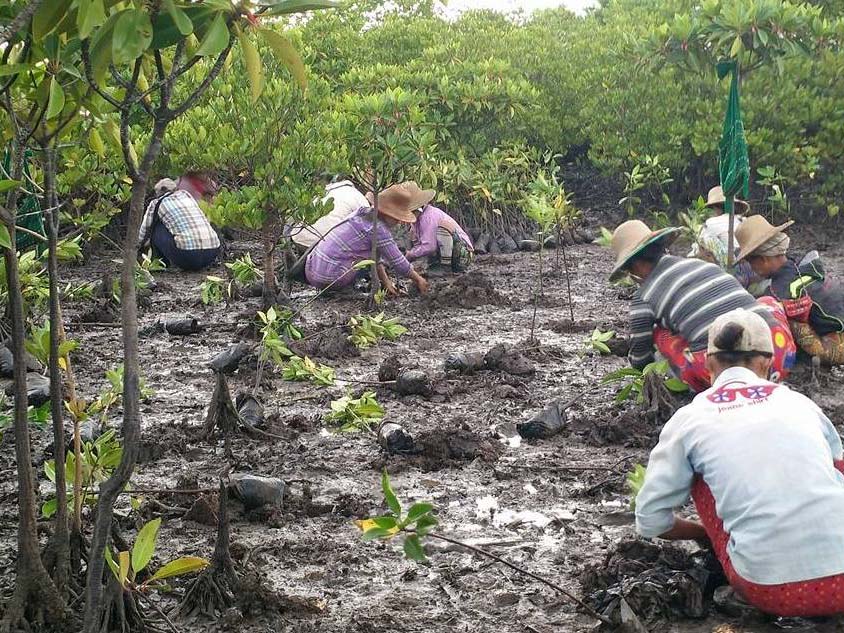 The project involves the local communities to plant millions of mangrove plants. © myclimate 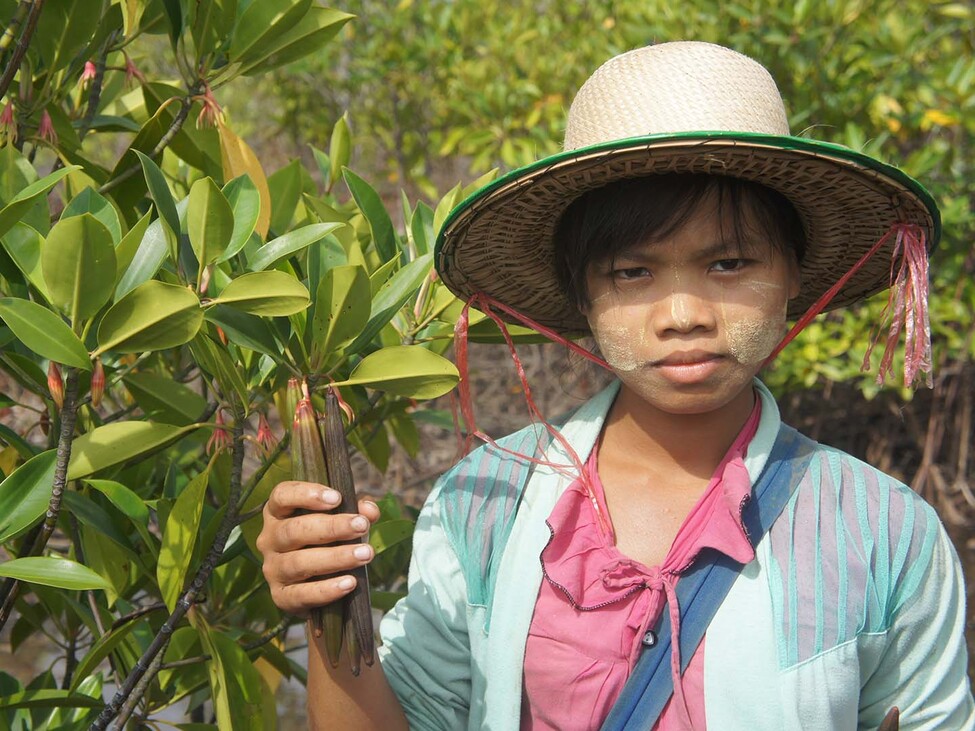 Planting mangrove seedlings. The project has a special focus on supporting women and girls. © myclimate 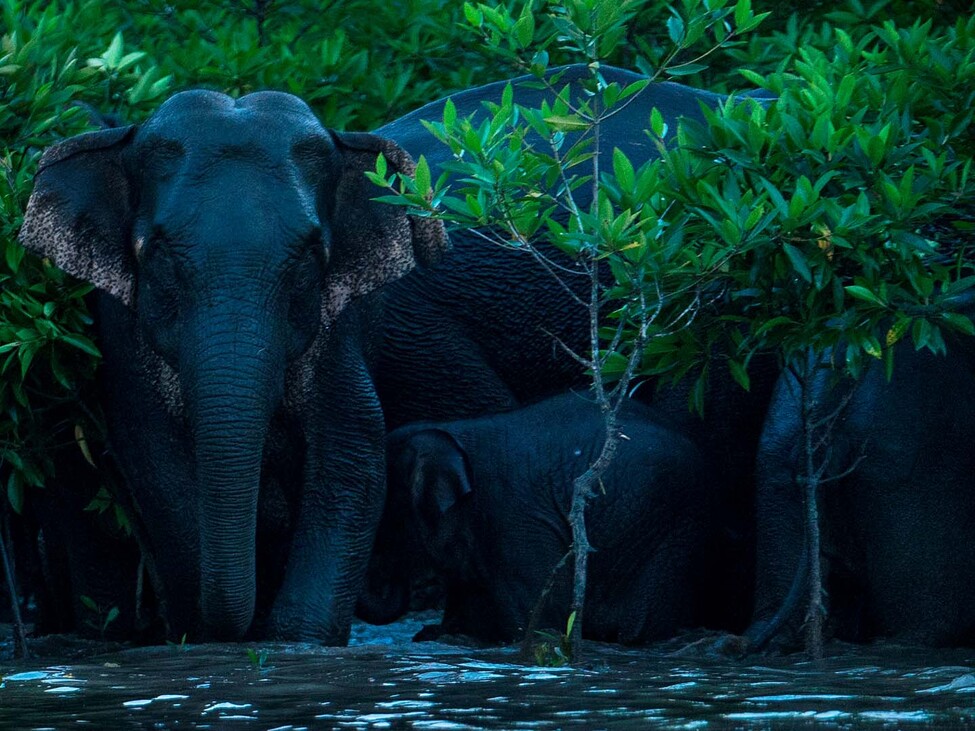 Wild elephants are returning to the mangrove forest after 3 years replanting, followed by monkeys and other endemic endangered species.© myclimate