A reduction in the use of firewood means habitat for animals, less deforestation, reduction in greenhouse gases being released into the atmosphere, more time and money, and improved health for women and girls in Rwanda! This can be achieved with the subsidised sale of energy efficient cook stoves to families around the Volcanoes National Park in North-​West Rwanda.

Rwanda – the land of a thousand hills – is Africa's most densely populated country. The ever increasing use of wood by the growing population, not least due to migration from the already deforested regions, is jeopardising the unique rainforest ecosystem. The population of Virunga mountain gorillas, made famous largely by Dian Fossey, which live in the mountain cloud forests of the Virunga volcano, located in the Volcanoes National Park in the North West of Rwanda, are critically endangered due to the deforestation.

The answer to the intensive use of wood for cooking is optimising the burning process. myclimate project partner Likano has therefore been developing a locally producible, efficient cook stove model in collaboration with the local population which uses two thirds less firewood than the conventional open three-​stone fireplaces. The project aims to reduce the demand for firewood from the families who live around the national park by up to 70 percent with 14,000 efficient cook stoves. This will not only ensure that the habitat of the mountain gorillas is preserved, but will also absorb CO₂ which would otherwise make its way into the atmosphere through burning.

In addition to protecting mountain gorillas and the CO₂ savings, the project is also changing the lives of women and girls especially. They will spend far less time and money procuring firewood – work which has traditionally been the domain of women. Thanks to the more efficient burning, they are also less exposed to the harmful soot particles from the open fires.

The efficient cook stove reduces the cooking time by half. Families therefore gain at least an hour a day which is available for farming and other activities. Everything needs to be done during daylight hours. Most people living in the huts around the national park do not have electrical lighting.

The principal part of the stove is a clay cylinder, which acts as a chimney, providing good burning. A special insulation mixture made from local avaiable clay and coffee husk residues in the core stores the heat. A sturdy metal covering protects the outside of the stove and its heavy weight of more than 20 kilos is the basis for its long life. The coffee husk residues are purchased from the coffee farmers in the region and offer them an additional income.

This project considers itself to be an extension to the governmental and NGO protection measures to help the rain forests. Money from the CO₂ offsetting is being used for the local production of the stoves and their subsidised sale to households. Regular visits to the families represent the basis for optimal use.

The close partnership with the IGCP (International Gorilla Conservation Program) provides a focus for protecting the mountain gorillas on an annual basis. This includes, for example, training the rangers, awareness programmes or repair works to the stone walls which mark the boundary of the Volcanoes National Park.

No poverty
Households save on average EUR 180 per year on firewood.

Good health and well-being
More than 52,950 people benefit from better health and quality of life as flue gas can lead to respiratory diseases.

Quality education
One household saves one hour per day during which, for example, children can do homework.

Gender equality
Women save one hour per day in the procurement of firewood, during which additional income can be earned.

Affordable and clean energy
8,930 efficient subsidised stoves have been sold so far.

Decent work and economic growth
25 local jobs have been created to date.

Responsible consumption and production
The stoves are made of locally sourced, recyclable materials.

Climate action
38,000 tonnes of CO₂ are avoided every year.

Life on land
To date, 62,400 tonnes of wood have been spared, saving over 313 hectares of forest from deforestation, which protects the habitat of many endemic animal and plant species.

Partnerships for the goals
The project reflects a strong North-South collaboration. 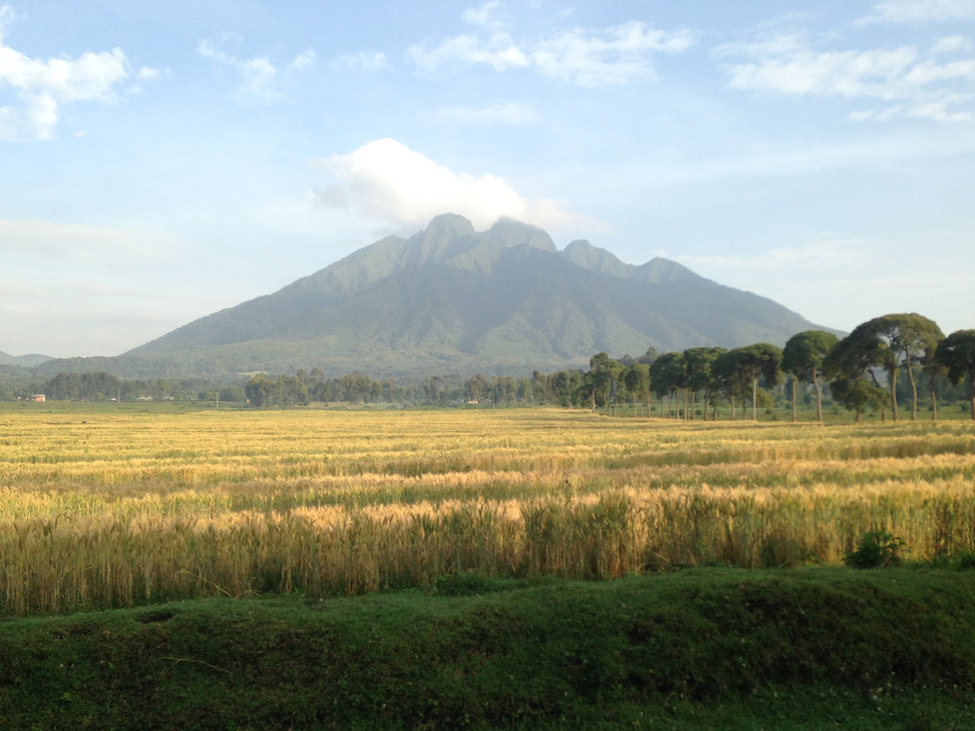 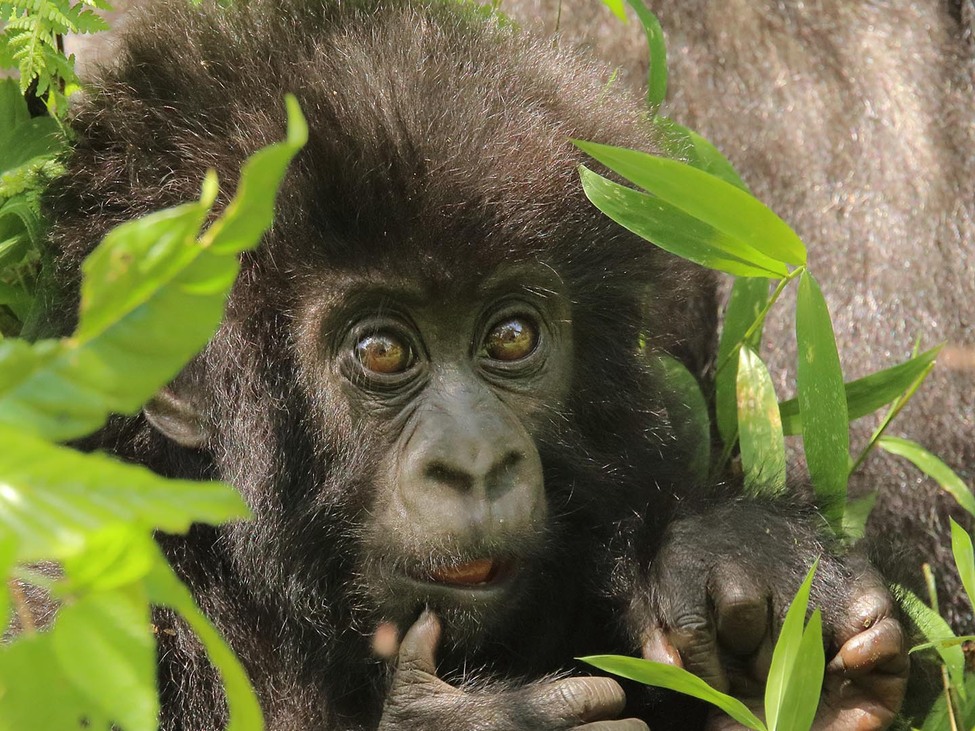 The gorillas are just as threatened by diseases passed on by humans, which are often fatal for them, as they are by the deforestation. © myclimate 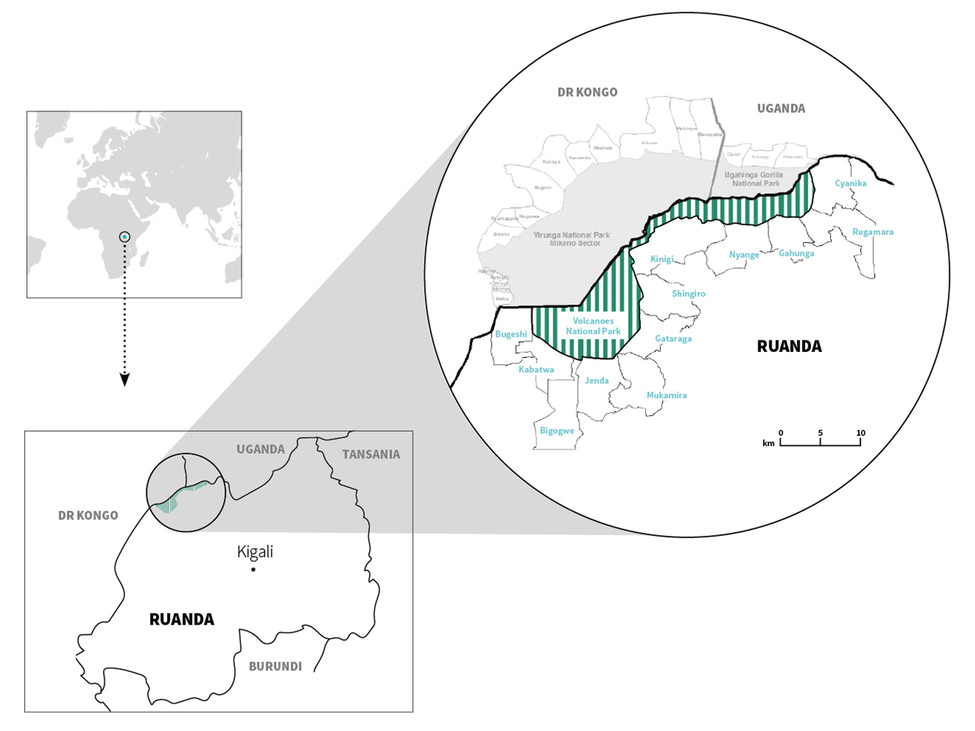 The project is limited to the 12 communities around the Volcanoes National Park (area marked with green stripes). © myclimate 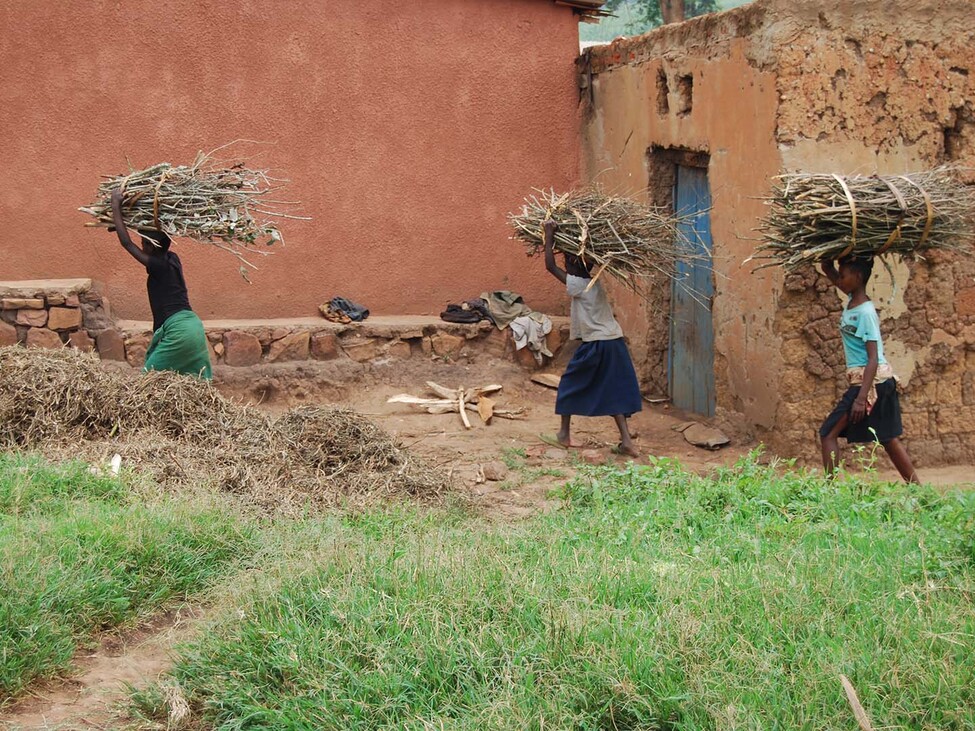 While searching for firewood, the boundaries between the national park and the surrounding settlements are crossed every day. © myclimate 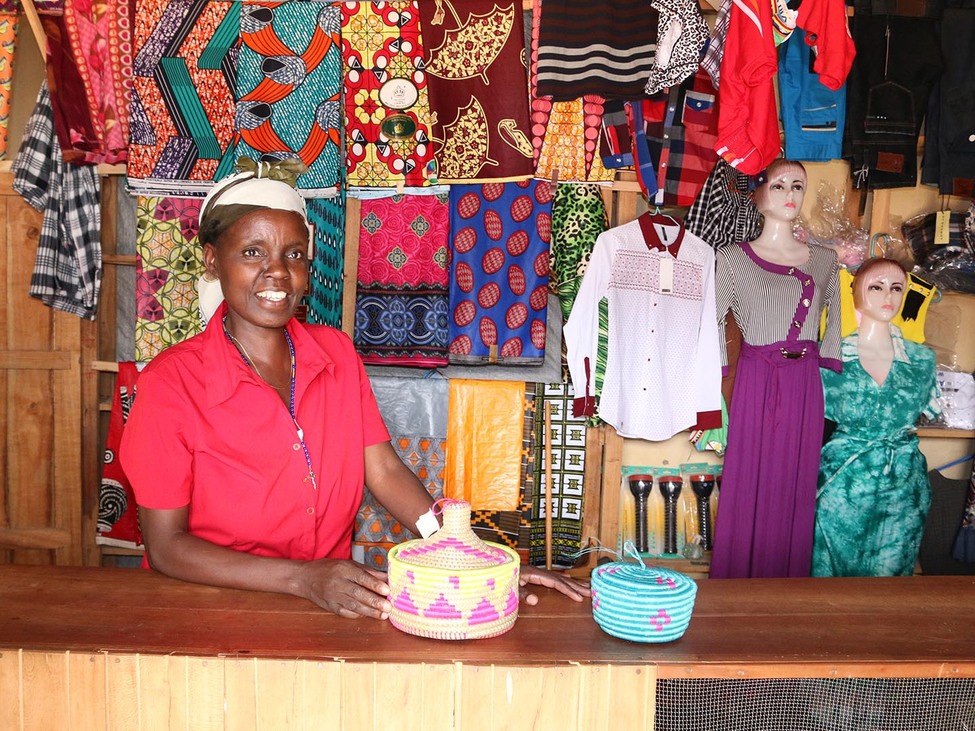